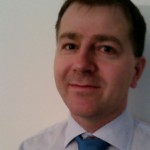 Ludovic Gustafsson Coppel has started at GUC as a post doctoral candidate. He will be responsible for devising implementation strategies for models developed in this programme, testing within colour reproduction workflows, advising on the selection of test images and on coding of implementations and prototype end-use applications. He has a background in Physics. He received his MSc. in Physics from the University of Provence, France, in 1997 and his PhD in Engineering Physics at the Örnsköldsvik Digital Printing Center, Mid Sweden University in 2013.