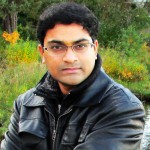 Srikrishna’s research aimed at addressing the variability in color matching functions with respect to device colorimetry in evaluating the colour appearance matching in practical applications ranging from multi-channel print soft-proofing to accurate colour communication. These would in turn encompass the various components of device-observer interaction within the field of spectral imaging and reproduction. Conventionally the process of Colour Matching is tightly bound by the assumption of Trichromacy, which implies that an individualÕs ability of colour matching could be characterized by the intensities of three spectrally independent primary lights employed to match a series of monochromatic lights ranging over the visible spectrum. The mathematical formulation of the perceptual matches obtained either by the maximum saturation method or Maxwell’s method, inherently assume the validity of Grassmann’s laws. The Colour Matching Functions (CMFs) and hence the tristimulus values so obtained as an average, are based on the data for a hypothetical standard deviate observer who is limited by a 2° small field size and typical density and physiological states of the eyes pigments. The specificity of these CMFs is in general too large an assumption for colour critical industrial applications to be accurate and needs to be accounted for in a general colour management workflow. Variability in colour matches between displays was investigated using CRT and LCD displays \cite{gren_aic2015}. The results showed considerable variability in the matches in luminance.

This site uses Akismet to reduce spam. Learn how your comment data is processed.